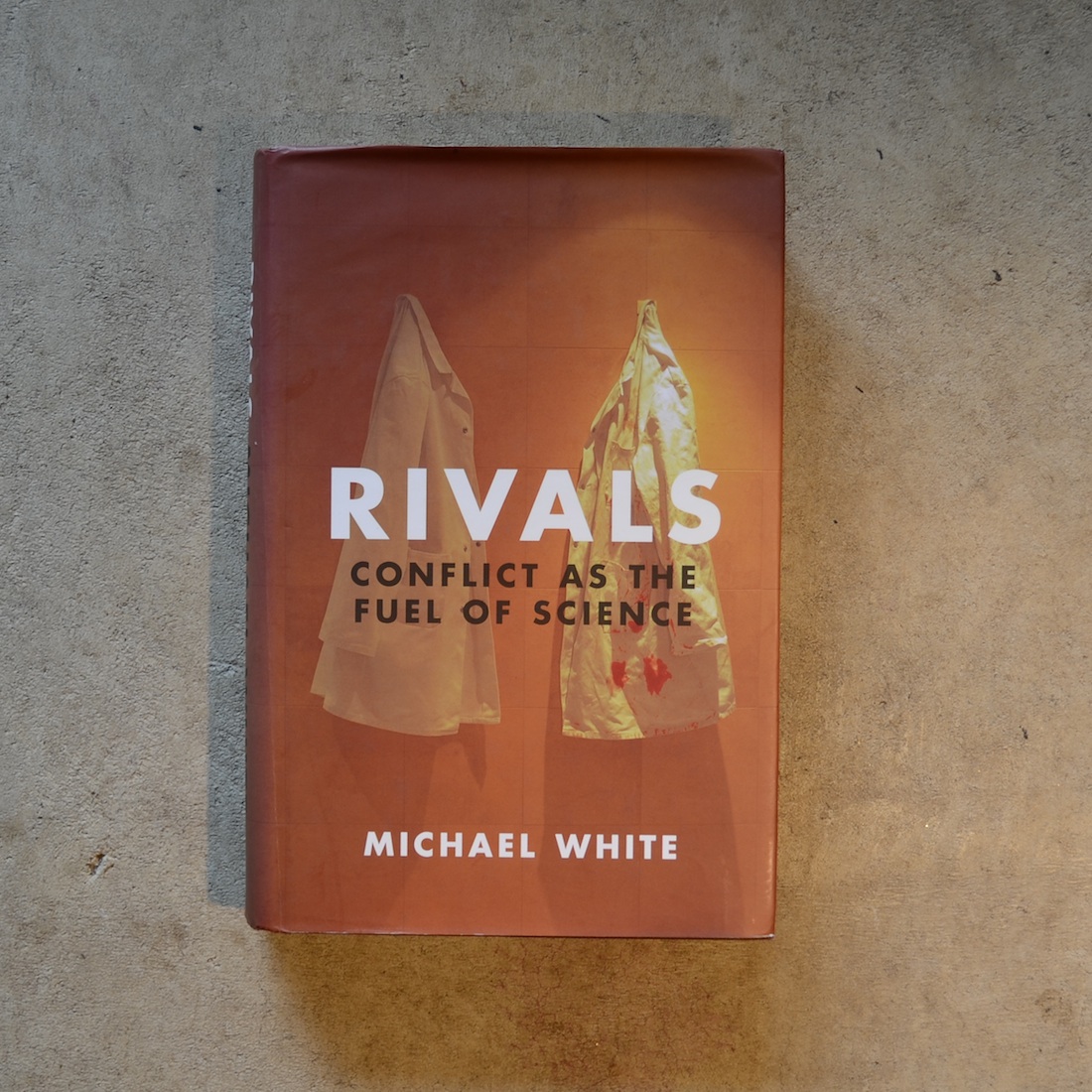 SHORTLISTED FOR THE AVENTIS PRIZE 2002

Rivals – Conflict as the Fuel of Science
(Known in the U.S as ‘Acid Tongues and Tranquil Dreamers’)

“As an introduction to the thoroughly human, often irrational and frequently nasty face of science, Rivals is the best thing on the market…simple, erudite and entertaining…A fascinating read.” The Guardian

“There are no prizes for coming second in the annals of science….Science, White argues, is fuelled by cut throat competition and the urge to get there first, every bit as much as it is driven by idealised notions of truth and the pure pleasure of solving difficult problems…Gripping.” Mail on Sunday

“These stories are well told and neatly bridge the gulf between biographical detail and scientific explanation. One moment White is detailing the advantages of alternating over direct current, the next he is telling the shocking story of how Edison callously withheld thousands of dollars due to his rival Nikola Tesla…A radically different view of science in which progress has been both fuelled and disrupted by personal ambition and bitter rivalry.” Scotsman