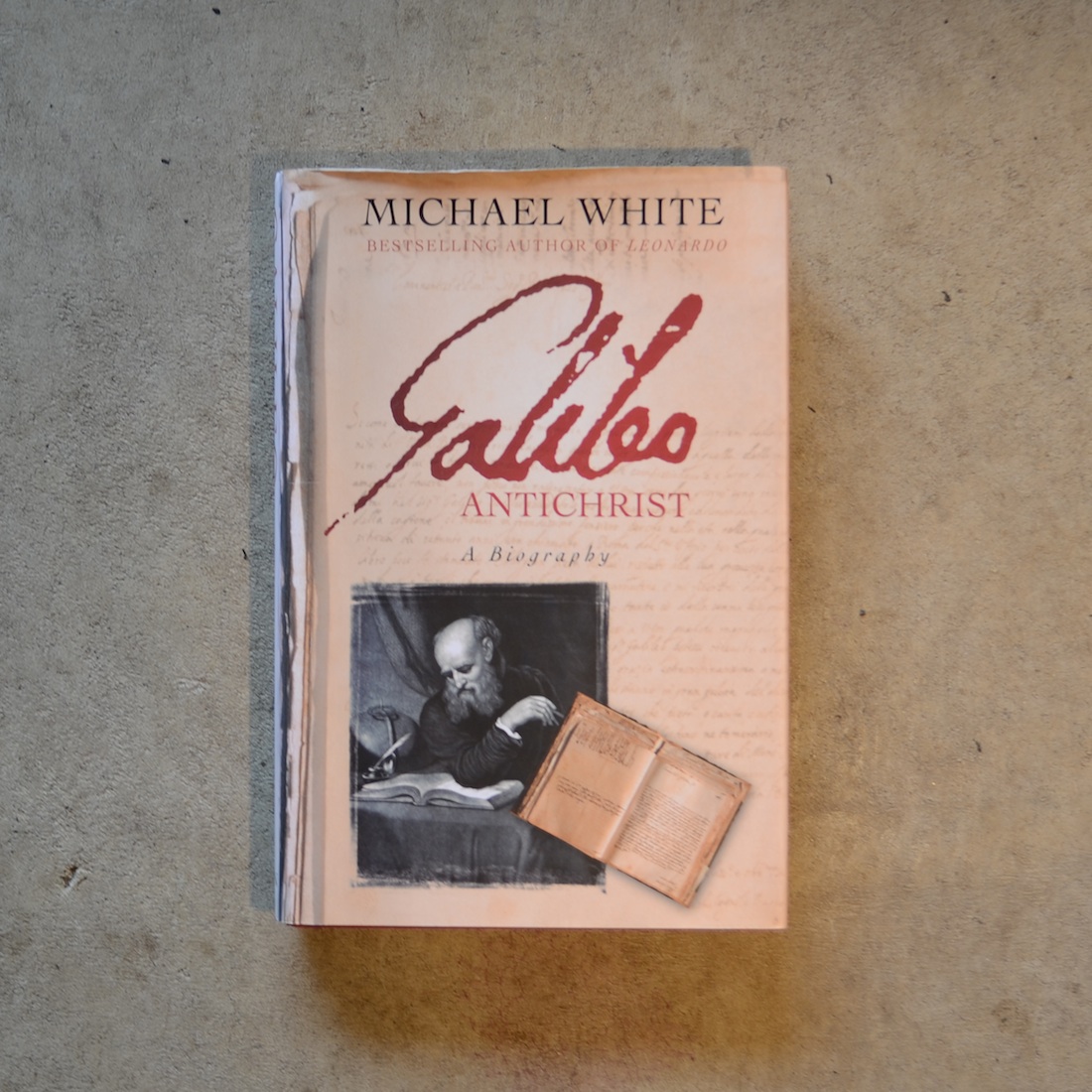 Simon Callow’s review in The Guardian, 2007

In June 1632, Galileo Galilei, unquestionably the greatest scientist of his age, was formally humiliated by the Roman Catholic church for promulgating the heretical doctrine that the Earth revolved around the Sun. He was not burned at the stake, nor was he imprisoned, but he was officially muzzled and confined under house arrest for the rest of his life. This action threw the intellectual community in Catholic lands into a state of fear and circumspection, just as it had been intended to. Elsewhere, however, the church’s grand symbolic gesture was greeted with a mixture of ridicule and outrage, galvanising the movement towards the secularisation of science that would reach its final destination in the 19th century.

Galileo’s story instantly became the stuff of myth, an exemplary tale that could be told in several ways: man versus authority, science versus religion, conscience versus church. In some accounts he is a hero, in others a coward, in yet others an apostate. In the 20th century, Brecht, in his subtle and complex play The Life of Galileo, and Arthur Koestler, in his controversial history of science The Sleepwalkers, gave contradictory interpretations of the same story. Michael White, a brilliantly lucid exponent of scientific history, takes an unequivocal line on the material, bluntly stated in his title: Galileo Antichrist.

“The Roman Inquisition,” he thunders in the introduction, “cannot torture and burn people any more. Instead, the church forbids women from becoming priests, outlaws homosexual clerics and rails against the use of contraceptives in third world nations, where millions die annually from Aids-related illnesses.” He is still bristling over the Council of Trent (1545): “it is striking that almost half a millennium after these rules were formulated, modern orthodox Catholics claim they are immutable and offer a sensible template for modern living.” White’s attitude is not imposed on the material: it arises from it, and it is hard not to share his outrage as he unfolds his terrible story.

He paints a particularly vivid picture of Galileo in his daily life, the brilliantly clever son of a brilliantly clever father who, to the detriment of his family welfare, had been constantly at war with authority, so violently anticlerical that he immediately withdrew his son from his monastery school when the boy showed some slight interest in becoming a priest. DNA was clearly at work in Galileo’s temperament: like his father, all his life he made enemies and friends in equal number, and though devoutly Catholic, he had no time for priestly involvement in science. His brilliance was noted early; for a while he repined as a young professor of mathematics at the second-rate University of Pisa, but soon transferred to Padua, where the Venetian establishment eagerly adopted him. It was for them he made his famous telescope, which transformed his fortune and his reputation, though as it happens it was the least of his intellectual achievements.

White is as concerned with the historical and intellectual context as with the personal. What could better evoke the milieu in which Galileo lived and worked than the subject of his first lecture as professor of mathematics at Pisa: “The Dimensions and Location of Dante’s Inferno”? (Lucifer, the new professor informed his listeners, was exactly 43 times the size of the statue of the giant in St Peter’s Square in Rome.) The great obstacle to learning in the late 16th century was the dominance of Aristotle’s writings, especially his account of the universe, whose central feature, famously, was that the Sun revolved around the Earth, which stood still. Aristotle’s own contemporaries – Democritus among them – took the opposite view, but Aristotle decisively won the battle of ideas when he was adopted by the early Christian church: the fixity of his conceptions made them eminently controllable; crucially, too, they chimed exactly with the account found in the Bible. Aquinas’s 13th-century endorsement of Aristotle’s writings gave them the force of revealed truth, which meant that scientists were up against two incontestable authorities, classical and scriptural.

Galileo proceeded as if both were irrelevant, and though shrewd enough not to be combative about the difference between what Aristotle and the Bible said and what he himself observed, he discussed his ideas freely among his intellectual equals in the wonderfully named Academy of Lynxes – the sharp-eyed ones – writing his thoughts down in pamphlets and books in witty, accessible Italian (rather than Latin, the official language of intellectual discourse). He took it as read that the Bible was not the literal truth and that Copernicus’s theories about the rotation of the Earth around the Sun were sound. For this he was increasingly denounced, at first unofficially – “geometry is of the devil”, a rogue Dominican priest ringingly declared from his pulpit, “and mathematicians should be banished as the authors of all heresies” – but then more widely. Vexed, he decided to get papal approval for his writings.

The shrewd, reactionary Cardinal Bellarmine demanded of him that he undertake to teach and discuss Copernicus’s theory merely as a hypothesis; Galileo sensibly accepted this limitation, went home and immediately started writing even more provocatively. He simply couldn’t believe that the authorities really meant what they said: that if he spoke the truth honestly and decently he would be severely punished. His vivacious third book provoked a storm when the new pope became convinced that he was the butt of its sparkling satire. As Urban VIII, the formerly sympathetic Cardinal Barberini had taken to disinterring heretics to display their rotting remains to the populace. These were dangerous times, and intellectual dissent was a luxury which would no longer be indulged.

When it was discovered by the Holy Office that Galileo had, in an earlier work, The Assayer, espoused the atomic theory of matter, he was held by implication to have criticised the Eucharist. To question the mystical doctrine of transubstantiation was an even greater transgression than to assert the universe’s heliocentricity, and Galileo was summoned to Rome to answer the charges against him. White is at his brilliant best in his account of Galileo’s trial, quoting large sections of the transcript, including recently discovered documents that make clear the centrality of the issue of transubstantiation. By comparison with many other alleged heretics – Giordano Bruno, for example, who was burned at the stake – Galileo, who was merely threatened with torture, had a relatively kid-gloved experience. It nearly broke him, nonetheless. But not quite. After returning home, despite being under house arrest, he was allowed to receive visitors (among them Milton and Hobbes); he continued, blind though he was, to speculate, writing his final revolutionary work, The Discourses, in his eighth decade, still able, in his son’s words, to crack a joke.

A treasurable typographical error in the book refers to a “Professor of Scared Scripture”, and that of course is what the authorities were. They understood that to challenge any orthodoxy threatened, like pulling a stray thread of wool in a cardigan, to unravel the whole false fabric of theology. It is impossible not to read the transcript of the trial without wanting to shout out in rage: Italy produced no physical scientist of the slightest importance for two centuries after Galileo. The church of Rome remains unrepentant: “the process against Galileo,” declared the former Cardinal Ratzinger 17 years ago, “was reasonable and just.” Although White refrains from underlining the point, his book is an exceptionally timely warning of the horrors of theocracy – both in the repression of the individual and in the inevitable stagnation of science.