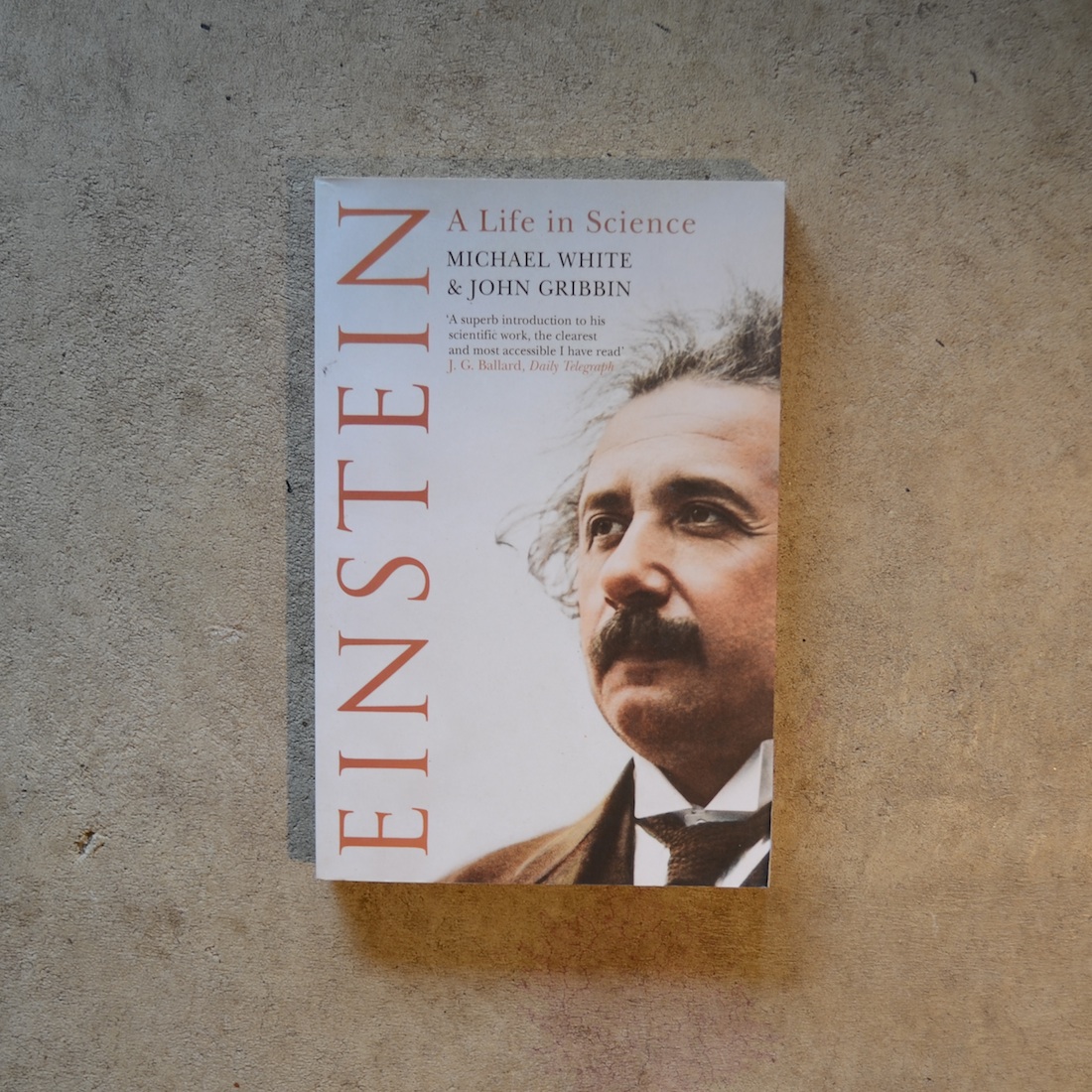 Einstein – A Life in Science

“A superb introduction to his scientific work, the clearest and most accessible I have read. After countless books explaining relativity I felt for the first time that I had begun to understand the theory.” J.G Ballard, The Daily Telegraph

“White and Gribbin’s achievement is to make Einstein’s ideas intelligible, at least in outline, to non-mathematical readers…Mind-stretching but lucid, the three-dimensional models and analogies they think up offer a rare adventure in enlightenment.” John Carey, The Sunday Times

“To grasp the importance of the scientific revolution and Einstein’s contribution requires, for the non-physicist, special guidance. Michael White and John Gribbin have admirably filled the bill with their Einstein – A Life In Science, and anyone who has attempted to understand at least a lay-person’s view of quantum mechanics and relativity should not hesitate to read it.” The Spectator

BUY EINSTEIN, A LIFE IN SCIENCE